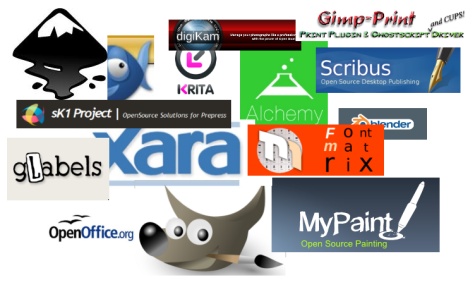 Are you ever overwhelmed by the sheer numbers of open source software projects produced by the community? Even when looking at just a subset — such as graphics applications — if you are not already familiar with the options, the volume can make it hard to track down the application that fits your needs. The major categories tend to break down the same way, however — just a few major players; the large projects often catering to slightly different design goals, and a second set of smaller projects each of which has a smaller team and a more narrow focus.

Let’s examine each design field in turn. We’ll start by describing the leading program or programs in each, followed by the smaller or younger projects, and end with the special-purpose tools.