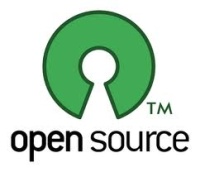 The free software world moves rapidly, but every individual project also moves at its own pace and rhythm. Consequently, it is easy to get behind on the news. Here is a look at the state of the art in the open source desktop publishing (DTP) arena for fall 2011.

Scribus remains the solid leader among free DTP applications. The big news at the moment is that the next major revision of Scribus, 1.4.0, is in release candidate status. That makes it short of a recommendation for stable usage, but worth testing, and a possible option if you find yourself in need of one of the new features.

1.4.0 will sport a port to the Qt4 application framework, the newest version of Qt. A lot of the internal changes to Scribus during this development cycle have been refactoring updates; as a result the list of bug fixes from the code cleanup is impressive, while the

“new feature” bullet points are not as numerous. The canvas now uses Cairo, vector file import is significantly improved, and users who have not tried the unstable builds will get their first taste of render frames, which allow embedding of externally-rendered content like TeX, gnuplot, and Lillypond.

The biggest change in development is support for tables courtesy of Elvis Stansvik, which is important because these are popular structures in word processors, but often an afterthought when doing DTP layout. Stansvik’s work is a Google Summer Of Code (GSoC) project, as is the new Scripter2 Python scripting engine.

You can download Scribus 1.4.0 RC 5 (the latest release as of press time) from scribus.net. Builds are provided for Windows, Mac OS X, and Debian/Ubuntu packages.

Apart from the official releases, the Scribus scripting community has been hard at work this year, too. ScribusStuff is a site managed by OpenDesktop.org (the same folks who brought you the leading theme browsing sites for KDE and GNOME); several new scripts have been added in recent months, including a mail merge generator and utilities to work with CSV files and the new table functionality. Also of note on the scripting front is Olivier Berten’s Pantone script, which allows you to import Pantone swatches into Scribus. Since Pantone does not allow the Scribus project to ship its named spot color lists, this is the best solution for most users.

For a more complete listing of Scribus scripts, consult the Scripts category at the Scribus wiki. Most scripts are the work of single authors, and often do not see individual release announcements when updated.

What’s new in other layout tools

Despite Scribus’ well-earned heavy hitter status, there are several other DTP layout tools that deserve a place on your Applications menu. Tom Lechner’s Laidout tackles a task not

covered by Scribus: impositioning a document or image onto the page (or, in most cases, across multiple pages) for printing. Laidout received a minor update at the end of 2010; since then Lechner has been working on Polyptych, a program to “unwrap” 3-D polyhedra, and a configuration tool for XInput2 pointers. Laidout is one of the first applications to support multiple pointing devices in X (officially known to X.org fans as Multi-Pointer X or MPX), so it is definitely ahead of the curve.

Arguably at the other end of the creative spectrum is LyX. While Laidout is a visual artist’s tool geared towards customized output for image-heavy output, LyX is a GUI application designed for typesetting professional-looking articles and papers. LyX is

a front-end for TeX and LaTeX, but designed to provide immediate visual feedback as is generally provided in word processors. It received a major update in May of 2011, bumping to version 2.0.0, incorporating literally dozens of new features. Among them are formatting-aware search-and-replace, inline spell-checking and thesaurus, export to XHTML, LuaTeX, and XeTeX, improved table handling, and many new math rendering capabilities.

A new project named PressBooks was announced in 2011, although it is still in alpha development. PressBooks is a book publishing system designed to help authors prepare a single text for printing, output as an ebook, or online publication in HTML. Finally, LibreOffice has been making leaps and strides since it forked from the older OpenOffice.org code base. A new release (numbered 3.4.3) was made in August, and the project announced a public repository for extensions and templates in September.

There have been two major developments in the open font world in 2011. The first is Google’s Web Font Directory, an online repository of open source fonts covering a wide variety of scripts and styles. Although the emphasis of the project is serving the fonts over HTTP (for use in web publishing), all are also downloadable and freely resuable.

The other banner development was the relaunch of the Open Font Library with a new back-end system built on the open source Aiki framework also used by Open Clip Art Library. The revamped OFLB site makes it easier to search and test out new fonts, and to collaborate with other font developers.

In addition, the developers and designers at Open Source Publishing (OSP) in Brussels have been working on the OFLB site design and some documentation. Finally, the open source font editor FontForge made a new release in February, focused mostly on bugfixes.

Of course, DTP without images would just be word processing, and the raster and vector applications most designers depend on have been busy as well.

Inkscape made two minor releases, 0.48.1 and 0.48.2, in March and September respectively. Both focused on bugfixing. But the project was very active in 2011’s

GSoC, adding a new, faster caching system, improved support for CSS code embedded within SVGs, and support for preserving JavaScript in files. Work is also progressing on SVG Font support and a new measuring tool. These and other changes may be ready for 0.49, the next release.

Three raw photo editors made major releases in 2011, RawTherapee 3.0, Darktable 0.9, and Rawstudio 2.0, and one (UFRaw 0.18) made a minor update. In all four cases, the list of bugfixes and image development features either added or improved is substantial — perhaps too long to summarize in a paragraph. If you are a DTP designer, however, what you care about is compatibility, and all three will provide you with higher-quality photos to embed or link into your documents.

There were also updates to Hugin, MyPaint, and Digikam, and a major new version of Krita is expected to arrive shortly.

The color management feature is found in two important CUPS filters, foomatic and gstoraster. Both are image processors that take intermediate document formats (PDF or PostScript) and produce raster image data to be sent to the printer. The change is that both now use the colord system daemon developed by Red Hat’s Richard Hughes. Colord allows users to manage device ICC profiles at a system-wide level. Instead of maunally changing the settings for every color-aware application, programs simply query colord for the preferred profile and get back the correct result. The system automatically handles multiple profiles for different paper/ink combinations, and has a graceful fallback mechanism for coping with inexact matches.

The newly-revitalized project is Black Five Imaging’s suite of printing tools: PhotoPrint, CMYKTool, and DuoToner. All three have seen intermittant releases as the main developer’s schedule allowed, mostly in the form of source code tarballs. Now they are also hosted in a public git repository at Gitorious. The Black Five tools are still largely developed by a single coder, but moving to a public source code repository is always a healthy sign and may attract new blood.

Several other pritning projects received minor updates in 2011, including the Gutenprint driver collection (version 5.2.7), the GPL version of the Ghostscript PostScript interpreter (9.0.2), and the CUPS printing framework (mentioned earlier in the colord context).

Finally, although it is not code per se, Alexandre Prokoudine published an updated and revised version of his guide to using CMYK and spot color with Scribus and Inkscape. It is an oft-circulated myth that working with spot colors or CMYK is “impossible” in open source DTP; the truth is that if you want to do it, you can — you just need to know where to look, because RGB data is still the norm assumed by most of the tools. The guide will take you a long way.

There are still three months to go in 2011, and there are likely to be several new releases in that time frame, but then again, that is always true: open source just moves that quickly, DTP in particular.