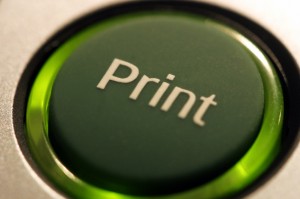 So, you care about the environment. But despite all the new “green” features built in to printers on the market today, you just can’t abide by the thought of trashing a perfectly functional older model just because it doesn’t boast an Energy Star compliant rating.

The power-saving mode is now a printer industry standard. But fortunately, even if your older printer does not include this feature, you can still take steps at home to ensure the printer operates at peak energy efficiency — simply by turning your printer off when not in use to conserve power. And as a nice side bonus, doing so will save you a little extra money, too.

If you have an older laser printer, you can shut it off using the power button or turn off its power supply without harming the printer or using extra toner when it powers back up. You can easily turn off the printer’s power supply by either plugging the printer into a socket controlled by a wall switch or into a power strip. Then you can save power at the touch of a finger or toe.