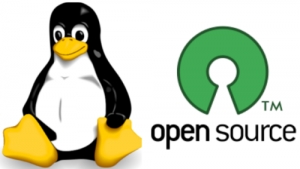 Linux and free/open source software are the best computing environments for children because they can get under the hood and learn to control and shape the technology, rather than be trained like lab rats to click buttons and be good little unquestioning consumers. Here is a batch of excellent educational and creative software for children, and for beginners of any age.

END_OF_DOCUMENT_TOKEN_TO_BE_REPLACED

Can you save money by moving your business to GNU/Linux? The short answer is that you can. However, the long answer is that how much you save — or if you save at all — depends upon your resources and choices. If you are lucky, you might find a study comparable to your situation to help you plan, but most of these studies are biased one way or the other, so you should still need to do your own assessment as you plan the move.

Whether a switch is worth your effort is usually calculated in terms of Total Cost of Ownership (TCO). As the term emphasizes, TCO includes not only the cost of buying and installing the software, but also the cost of hardware to run it, administering it, training employees to use it, and maintaining and supporting it. Sometimes, TCO is divided into first year costs and yearly costs, to reflect the extra expenses of setup and configuration, and the presumably lower costs of running an ongoing system. But, however TCO is calculated, what matters is that making the switch is not just as simple as assuming that, because GNU/Linux has no licensing fees, you will automatically save money.

END_OF_DOCUMENT_TOKEN_TO_BE_REPLACED

Ever tire of laying out a sheet of address labels in OpenOffice.org or Word templates when you’re in a hurry? Karl Fogel’s LabelNation may be able to help. It is a small free software tool that whips out printer-ready label layouts from the command line. All you do is put the addresses in a plain text file and run LabelNation; the output is a standard PostScript file. And it’s not just fast; as a command-line tool it is easily integrated into scripts or other automated workflows.

Of course, If you interested in a dedicated label software program for linux, we highly recommend gLabels and read our howto…

END_OF_DOCUMENT_TOKEN_TO_BE_REPLACED

If your laptop is getting long in the tooth, there is no reason to rush out to buy a new one. Instead, you can relegate the most demanding computer tasks to your desktop machine and use your laptop to run applications remotely. This solution (often called the server/thin client model) has several advantages. The obvious one is, of course, that you can give your old laptop a new lease of life without spending money on memory or hard disk upgrades. Moreover, since all your documents and files are stored on your desktop computer, you don’t have to worry about keeping your data on different machines in sync.

END_OF_DOCUMENT_TOKEN_TO_BE_REPLACED

When the third largest city in Germany rebuffed Microsoft, even people in the US were talking about it. The Munich city council’s decision some years ago to gradually banish Microsoft software from City Hall computers made news in American newspapers. In the meantime, while the software revolution has quieted down, the change goes ahead with zeal. And other governmental authorities have now dialed back use of Microsoft software. But Microsoft is not conceding the field without a fight. “We are learning,” says Microsoft manager Andreas Hartl.

END_OF_DOCUMENT_TOKEN_TO_BE_REPLACED

There are times when all you want or need is something to just work and get the job done quickly and efficiently without frills or fuss. You probably don’t want to fire up Inkscape or Adobe Illustrator to create just a few labels. You want legibility, and maybe some zip, but edgy for your file labels is probably not what you had in mind when you contemplated cleaning up your file folders. 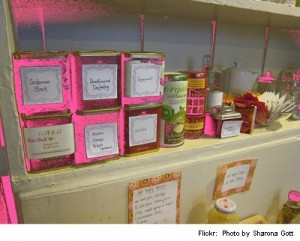